Could Vapor Intrusion Be a Problem in Your Building? 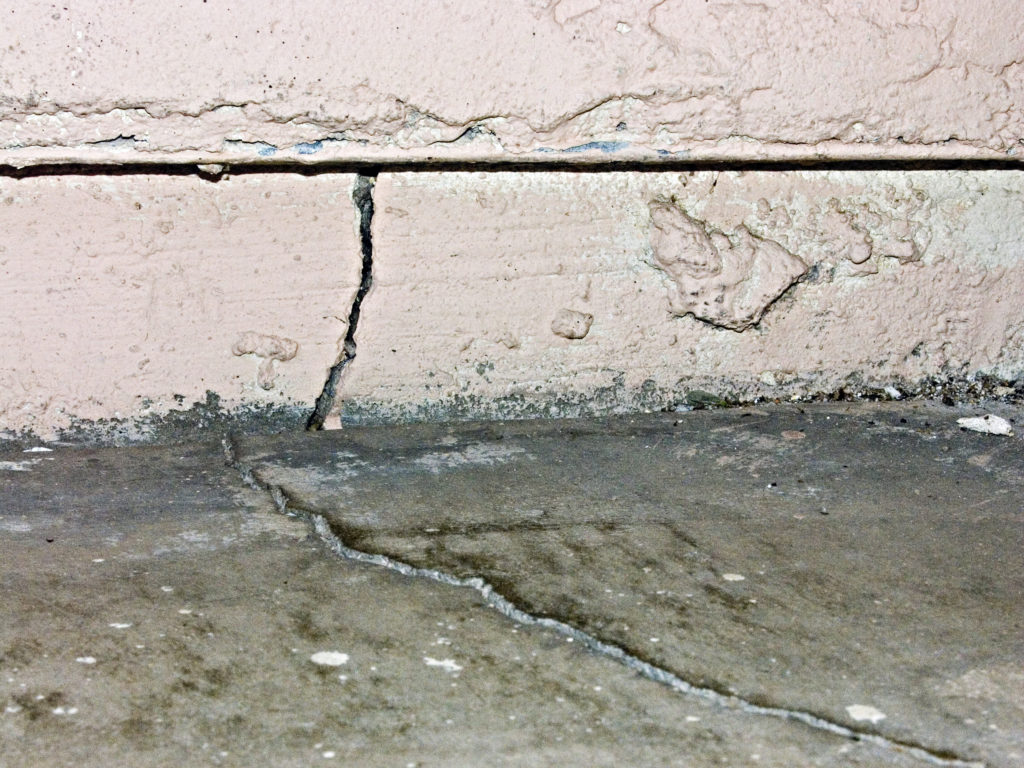 Vapors from Fuels, Oils, and Solvents Can Cause Negative Health Impacts and Sometimes Pose Safety Hazards.

Vapor intrusion into buildings was first identified in the 1980s as concerns over radon gas intrusion grew.

Since then, there has been an increasing concern that vapor-forming petroleum hydrocarbons and chlorinated solvents could threaten indoor air quality and human health via the vapor intrusion pathway.

Petroleum hydrocarbons are present in some fuels and oils, while chlorinated solvents may be present in dry cleaning and industrial degreasing fluids. When these chemicals are released into the soil, groundwater, septic systems, sewers, and drain lines, they can infiltrate dwellings and other occupied buildings and may pose safety hazards in the form of explosions or acute or chronic health effects.

Many chlorinated solvents are known carcinogens, while other toxic chemicals can affect the central nervous system and can cause dizziness and fatigue.

Low concentrations of vapor-forming chemicals in buildings may cause unacceptable health risks due to long-term, chronic exposure.

In extreme cases, vapor accumulation can lead to safety hazards such as explosions or cause acute health effects.

The United States Environmental Protection Agency (EPA) has identified types of vapor-forming chemicals which may include:

How Does Vapor Intrusion Occur? 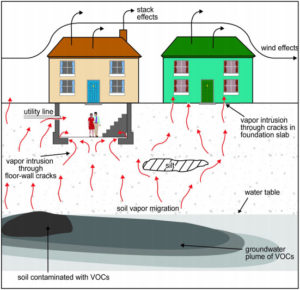 According to the EPA, vapor intrusion is “a migration of volatile chemicals from the subsurface into overlying buildings.”

Vapor intrusion occurs primarily through cracks in a building’s foundation, or via utility lines.

Soil and groundwater beneath a building can be contaminated by the release of vapor-forming chemicals through past or present onsite activities, activities on surrounding properties, or spills.

In some cases, it can be difficult to identify the chronic risk from vapor intrusion chemicals because the same chemicals may be present inside the building in everyday household use solvents, cleaners, and gasoline.

Regardless of the source of vapor-forming chemicals, they can pose a significant risk to human health.

The American Society for Testing and Materials (ASTM) is an international standards organization and has developed a Standard Guide for ‘Vapor Encroachment Screening on Property Involved in Real Estate Transactions’ (E2600-15).

This standard allows for a qualitative assessment of the risk of vapor encroachment by reviewing historical records of present and prior uses on the target property and surrounding properties. Of particular concern are previous uses that include industrial or manufacturing facilities, gas stations, dry cleaners, and auto-body painting and repair shops.

The ASTM Standard Guide also calls for a review of soil characteristics, contaminant characteristics, preferential pathways for vapor migration, and groundwater depth and flow direction to determine the potential for vapor encroachment into the structures.

Many lending institutions, developers, owners, and banks require a Phase I Environmental Site Assessment (Phase I ESA) for real estate transactions, and also an evaluation for the potential for vapor encroachment into the structures.

The US EPA and many State EPA’s have issued guidance documents on sampling, analysis, and conducting risk assessments to identify the chemicals of concern (COCs) and to determine the indoor air quality.

CTL Engineering has in-house environmental engineering personnel who are experienced in conducting vapor intrusion assessments. Our environmental professionals sample soil gas, sub-slab, and indoor air, and use the procedures outlined in the ASTM and EPA guidance documents to identify the chemicals of concern, then provide written recommendations for mitigation options, if necessary.

Vapor intrusion can be mitigated by drawing the vapor out from under the building foundation to create negative pressure under the structure, similar to a radon mitigation system, or by remediating the soil and groundwater from chemical-based contamination.

The prime candidates for vapor intrusion testing include properties that were once used for industrial or manufacturing operations and were converted to other uses or are located in or near commercial areas, gasoline stations, dry cleaners, petroleum storage facilities, landfills, or industrial facilities.