The Combination of the Right Place and Great People Can Be Life-Changing! Jessie Hawkins, CTL’s 2017 Employee of the Year 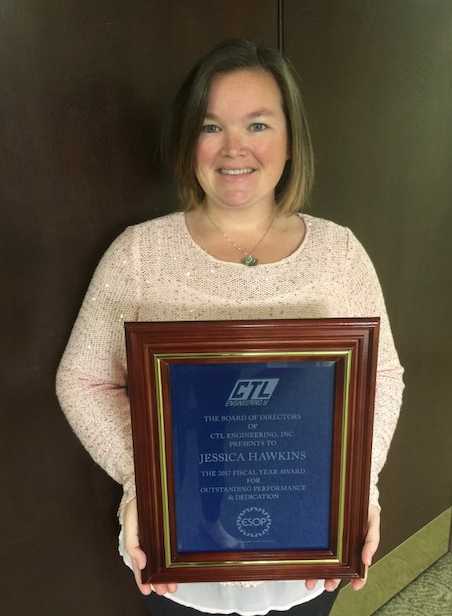 In 2010, Jessie Hawkins started out scanning documents for CTL.  In October of that year, she was officially hired as Accounts Payable Clerk.  Jessie held that position for seven years.  Then in 2017, she was promoted to Accounts Receivable.

WHAT DOES IT TAKE

Reflecting the values of CTL and setting a good example is part of the criteria for the Employee of the Year award.  Last year, Jessie took on and learned a new role while training her replacement.  During this time, our head of AP took an unexpected leave and Jessie stepped up and covered that position, as well.  She filled in wherever she was needed.

Jessie is proud of how far she has come at CTL.  With a high school education, she attributes her successes to a strong drive and willingness to learn.  She is a hands-on, self-started and believes it’s her integrity that got her where she is today.  Jessie embraces the employee-owner attitude by being a team player and treating CTL like it was her home.

CTL’s Wellness Program and support from her co-workers motivated her to get healthy.  Jessie exercises every day on her lunch hour and has lost over 100 pounds!  She loves being a CTL’er.  In her own words, “I was a stay-at-home mom with not a lot of self-worth, but CTL believed in me.  Feeling like I was going somewhere in my job and knowing I had support made me want to be healthy.  This place saved me.”

Thanks for your hard work and dedication, Jessie!