An early wetland assessment can help keep a commercial development project on track. 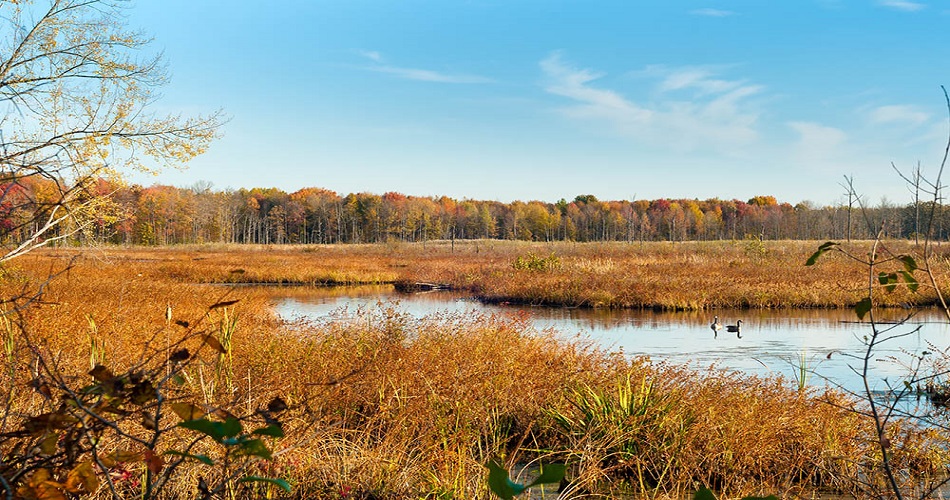 By determining impact early, developers can either decide to move to another location or form a plan to minimize the impact.

Why do I need a wetland assessment and impact report?

The short answer is an early wetland assessment can save a project team thousands of dollars in fines and minimize project delays.

According to the Ohio Environmental Protection Agency (OEPA), “Since the late 18th century, 90 percent of Ohio’s wetland resources have been destroyed or degraded through draining, filling or other modifications. Because of the valuable functions the remaining wetlands perform, it is imperative to ensure that all impacts to wetlands are properly mitigated. Wetlands have been called “nature’s kidneys” because of their ability to filter impurities from water.”

Degraded streams and wetlands, and failed mitigation projects have a pronounced cumulative impact on these large-scale systems, according to the Ohio Mitigation Program (OMP). Restoring the streams and wetlands in the watersheds of impact provides the ecosystem with flood control, fish and wildlife habitat, and improved water quality for local residents and communities.

Under the Clean Water Act, a project cannot adversely impact a federally protected stream or wetland unless developers obtain a permit from the U.S. Army Corps of Engineers or the Ohio EPA.

What does that mean to you?

In the Midwest, many projects are developed in agricultural, forested, or undeveloped land. These areas can contain natural water resources such as streams, wetlands, and endangered species habitats.

Impacts to these resources are regulated, and non-permitted impacts might incur up to $10,000 per day in fines. Even small projects with unintended consequences can accumulate unexpected fines – causing unplanned project expenses and significant project delays.

An early evaluation helps developers understand which property would likely be least costly to develop and obtain the required permits.

Such an evaluation usually costs just a fraction of the project cost but can save thousands.

What is the wetland assessment procedure?

Typically, when a person thinks of a wetland, they imagine areas inundated with water and lush grassy plants.

However, wetlands come in all types, including marsh, fen, peatland, or water. Many types are challenging to identify without extensive training and experience. 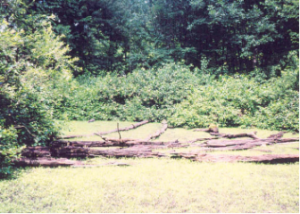 Although the area in the first photo may not look like a wetland, in reality, this area is a wetland. 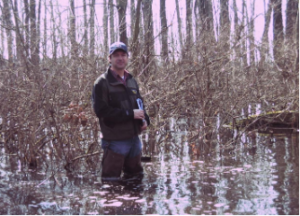 The second photo is of the same area at a different time of the year when the wetland characteristics are much more apparent.

In order for an area to qualify as a wetland, there are three criteria, as defined in the USACE’s Wetland Delineation Manual and Regional Supplements.

These criteria can be challenging to identify, and the correct wetland assessment procedure should always involve an experienced wetland scientist.

Hydrology refers to the frequency, timing, and duration of water at a site. At a minimum, a wetland must be saturated with water to the surface for at least some portion of the growing season (April 15 – October 15).

This means a wetland does not always have standing water year-round. In fact, many wetlands in the mid-west are seasonal. These are known as vernal pool wetlands. As such, they do not exhibit direct signs of hydrology for a significant portion of the year.

In these instances, Wetland Scientists rely on indirect indicators of hydrology.

Hydric soils refer to soils that develop under conditions of saturation, inundation of water, or ponding for a significant time of the growing season.

3. The dominance of Hydrophytic Vegetation

Hydrophytic vegetation (also referred to as hydrophytes) refers to plants adapted to life in water or waterlogged soils.

These plants can withstand the oxygen-deficient conditions of wetland soils.

In the U.S., only one-third of plants can tolerate the hydric conditions of wetlands.

The federal government has compiled a list of wetland plants and their associated ratings. Wetland scientists use the lists to determine whether a dominance of hydrophytic vegetation is present at the site.

How do Professionals Determine if Natural Resources are Present?

Next, they perform a Preliminary Jurisdictional Waters Assessment/Delineation (PJWA/D) on the property. During the field assessment, they look for the presence of the three wetland criteria.

Finally, if wetland scientists identifies wetlands, he or she delineates them in the field.

A wetland scientist scores a wetland’s quality using the OEPA’s ORAM method. Then they score streams, if any, using HHEI/QHEI system.

If habitats (such as shrubs and trees) are present, the scientist conducts an endangered species habitat survey and coordinates with the DNR and USFWS.

Example 1: A $4,000 wetland assessment and impact report saves $100,000 in permitting and mitigation costs.

CTL recently performed a Phase I Environmental Site Assessment (ESA) and Geotechnical Subsurface Investigation on a Cleveland-area project.  Matthew Kairouz, CTL’s Cleveland Branch Manager and Geotechnical Engineer, visited the site to ensure there would not be any issues accessing the site with the drilling equipment.

When he was there, he observed cattails on the property in the area where the building was going to be. As a result, he voiced concerns about the possibility of wetlands being present on the site.

A PJWA is a cost-effective option. If no wetlands are present, or the proposed development will not impact identified wetlands, a wetland scientist documents the identified area in a report. The project team does not need to coordinate with a regulatory agency.

In this case, CTL’s Wetland Scientist conducted the PJWA and observed that a stream flowed across the center of the property. Along this stream were wetlands.

Due to their locations, both the stream and the wetlands would have been significantly affected by the proposed development.

Consequently, the owner decided to pursue another site. At the cost of $4,000, the early assessment likely saved 6-12 months and an estimated $100,000 of stream/wetland permitting and mitigation costs.

In this case, the architect and civil engineer worked together to modify some of the site development features, including roads, driveways, parking spaces, building footprints, etc. A permit allowed the team to impact some of the wetlands. A landscape architect incorporated other wetland areas into the natural enhancement design.

CTL also coordinated with DNR and USWFS, and the team removed trees during the seasonal tree cutting restriction period. This limited the impact on the Indiana Bats with no additional permit requirements.

Because the CTL team conducted an early evaluation, the assessment and permitting cost totaled less than $11,000. The client saved tens of thousands of dollars of fees and avoided extensive project delays.

For more information about wetland assessments in Ohio, Indiana, West Virginia, Virginia, Pennsylvania and Kentucky, please fill out the “Ask the Expert” form below.

Click here to learn more about our environmental services:  https://ctleng.com/environmental-engineering/