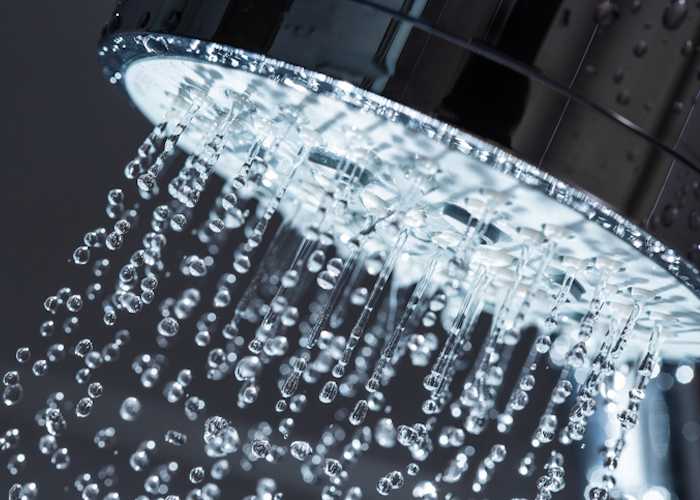 Forensic engineering occasionally requires explaining phenomena that seem to defy the laws of nature. Such was the case recently when CTL Engineering was hired to figure out how an apartment’s bathroom shower apparently turned itself on—causing considerable mold, mildew, and moisture damage.

How could a shower turn itself on?

The case involved a brand-new apartment that had never been rented or otherwise occupied. It had never even been entered in the eight months since its final construction inspection. Eventually, a maintenance worker entered the apartment on a routine inspection and noticed something unexpected: black splotches discoloring the walls and ceiling.

How could this happen in an apartment nobody had ever lived in?

The worker soon realized the root cause of the mold upon entering the master bathroom: The shower was running—and it had been nonstop for quite some time. The shower generated voluminous water vapor that gathered on the apartment’s walls and ceiling, which soon became blackened with mold and mildew stains. Normally, a resident would turn on the bathroom exhaust fan to pull the vapor out, but there was nobody around to turn the fan on.

The mold, mildew, and moisture damage was extensive throughout the apartment, whose owner filed a claim with an insurance company to recoup the cost of repairs. The insurance company in turn hired CTL Engineering to determine the cause of the damage and perhaps recapture the cost of the water damage cleanup if a culpable third party could be found.

CTL’s forensic engineers found no evidence of forced entry in the apartment. That ruled out vandalism as a cause. But they did find something strange when they inspected the showerhead.

This brand of showerhead had a small plastic screen at the narrow end that screws into the water pipe coming from the bathroom wall. Upon inspection of the apartment’s showerhead, our engineers discovered this plastic screen had broken. Normally this would never happen because the natural flow of water through the screen does not generate enough stress to break it.

It turned out that the broken plastic screen provided the vital clue to the root cause of the water damage.

CTL engineers concluded that the plumbing contractor had installed the shower’s on-and-off controls incorrectly. While this mistake did not cause the shower to turn itself on, it was one component of a critical error by the plumber who installed the shower hardware. Apparently, the plumber turned on the water flow to the shower to flush out the pipes. However, the pipes had a large volume of construction debris (dirt and cuttings of metal and plastic) that the water flow pushed into the plastic filter, clogging it completely — but not permanently.

It seems that the plumber failed to finish the pipe flush and clear out the clog. Furthermore, the plumber neglected to turn off the water flow to the showerhead.

Sometime later, the full force of the water pressure against the small plastic filter caused it to break, allowing the shower to run full-time, possibly for the entire eight-month span since the last time anybody entered the apartment.

When the insurance company presented this evidence to the plumbing contractor, the contractor admitted fault and paid for the apartment’s water damage restoration.

These kinds of mysteries underscore the value of forensic engineering to determine the culpability for accidents and mistakes. While it was no-doubt painful for the plumbing contractor to bear the cost of the repairs, the incident provided a vital incentive to prevent it from happening again.